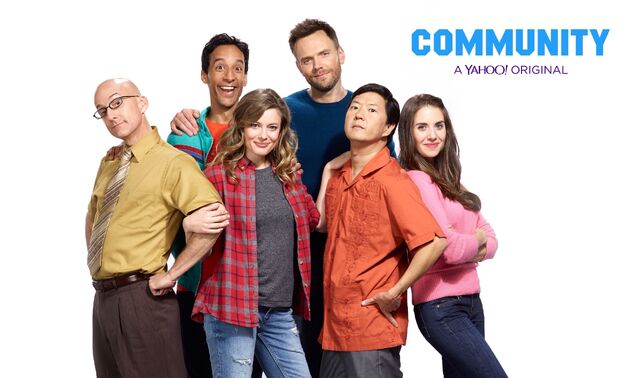 After its cancellation by NBC on May 19, 2014, Sony aggressively pursued other avenues for a sixth season of Community to appear. On May 28 it was reported by Deadline.com that the online subscription service Hulu was interested in picking up the show. Hulu already had the streaming rights for the complete back catalog of Community episodes. Show creator Dan Harmon posted on his tumblr blog that while he was skeptical about renewal he would be open to returning to the show if it actually happened. In a Crave online interview with actor Danny Pudi ( Abed Nadir) he mentioned that any deal would need to be finalized before the end of June when the cast's contracts were to expire. On June 24, negotiations stalled with some sources stating Hulu lost interest and other sites refuting those claims. The conflicted reports also mentioned another media company also in talks with Sony which was later revealed to be Yahoo. Sony executive Zack Van Amburg mentioned creator Dan Harmon was heavily involved in the final negotiations. On June 30 it was officially announced that Yahoo had picked up Community for a sixth Season to be aired on their online streaming network Yahoo Screen.

The last minute deal was brokered just before the actor's contract expiration deadline. All of the remaining main cast from Season Five (Joel McHale, Gillian Jacobs, Danny Pudi, Alison Brie, Yvette Nicole Brown, Ken Jeong and Jim Rash) were expected to return. However, not long after Season Six began production, it was announced on September 30 that Yvette Nicole Brown was leaving the show. Brown requested a release from her contract in order to take care of her ailing father. She issued this statement through TV Guide:

“My dad needs daily care and he needs me. The idea of being away 16 hours a day for five months, I couldn't do it. It was a difficult decision for me to make, but I had to choose my dad.”— Yvette Nicole Brown

With Brown's departure two new characters were created to help fill out the returning cast. On November 9 Yahoo TV announced who would play the new roles of "Francesca "Frankie" Dart" and "Elroy Patashnik". Actress Paget Brewster was cast as Dart. She was described as a woman who's brought in as a consultant to help shape up the school. Brewster had previously played the character of Debra Chambers in Season Five of Community. Actor Keith David was cast as Patashnik, a retired scientist who comes to Greendale to reinvent himself. David had also been on a previous Community episode providing the narration for the Season Three episode "Pillows and Blankets".

On November 17 Entertainment Weekly.com reported that Martin Mull and Lesley Ann Warren had been cast as Britta's parents George and Deb Perry. On January 21, 2015 it was announced on Yahoo TV that former "Cougar Town" star Brian Van Holt would be guest starring in Season Six. He played a former convict named "Willy" who becomes a nemesis for Jeff. On February 27, TV Insider reported that actor Billy Zane would be guest starring on an episode alongside Travis Shuldt who will be repraising his role as Rick.

Recurring cast member Jonathan Banks (Buzz Hickey) was not expected to return since he is committed to AMC's "Breaking Bad" spin off "Better Call Saul". John Oliver's (Ian Duncan) status was unknown due to his work on "Last Week Tonight with John Oliver". At the 2014 San Diego Comic Con Dan Harmon said Oliver's participation was still "contractually possible" On December 8, 2014, Chevy Chase (Pierce Hawthorne) did an AMA session on Reddit and stated he was to have a small cameo in Season Six with the possibility of returning for another appearance. Dan Harmon did not entirely refute his claim suggesting if he were to return it would be a secret.

During his appearance at Paleyfest earlier in the year, Harmon stated that if Community was renewed he would like Donald Glover (Troy Barnes) to come back for Season Six. Glover had joked about reprising the role during an IGN interview in June of that year. In an interview with TV line, Dan Harmon mentioned he told Yahoo that he would like to have Glover return and a spokesperson replied they would work on that. On October 3rd, Donald Glover discussed the possibility of returning in an on air interview with radio talk show host JoJo Wright. Glover admitted to having talked to Dan Harmon about it but teased if he was going to return that he wanted to make sure it felt right to him and was handled correctly in keeping with the spirit of the show (source). Ultimately despite all the online speculation Donald Glover, John Oliver and Chevy Chase did not return.

Community creator, Showrunner and executive producer Dan Harmon confirmed his and co-showrunner Chris McKenna's return. Writer Matt Roller stated on Reddit that he would be returning but Don Diego, Tim Saccardo, Andy Bobrow, Jordan Blum, Adam Countee and Parker Deay would not since they had gotten jobs on other shows before the renewal was announced. On September 8, the writing staff for Season Six assembled. A list of the current writing staff was tweeted online and included Dan Harmon, Chris McKenna, Kevin Beigel, Dan Guterman, Alex Rubens, Ryan Ridley, Matt Roller, Carol Kolb and Monica Padrick.

An interview on IGN posted on August 26, 2014, former Community executive producers and directors Joe and Anthony Russo revealed they were returning to direct the Season Six premiere. On November 17 it was announced by Spoiler guide.com that Jim Rash (Dean Pelton) and his writing partner Nat Faxon were going to direct the second episode featuring the debut of Keith David's character "Elroy Patashnik". 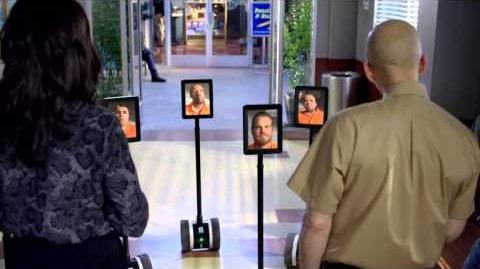 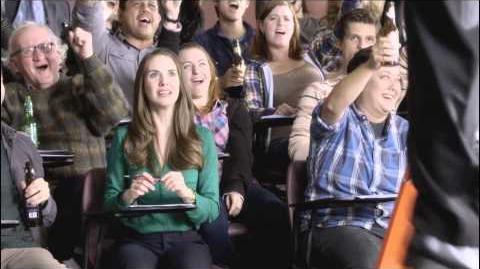 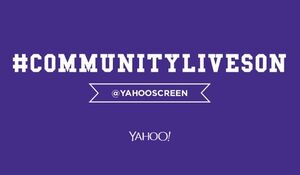 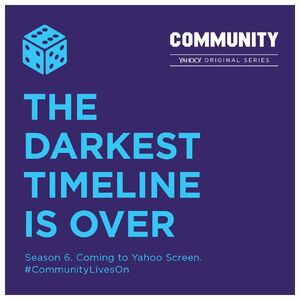 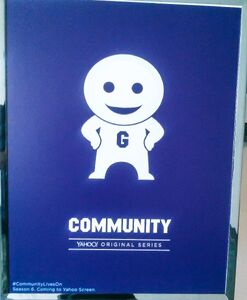 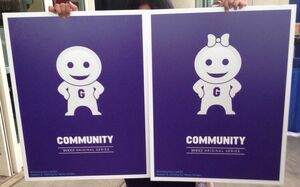 The promotion is assumed to be an Alternate Reality Game. On 17th February the email address was again seen in the Community 501 video on the side of the Childish Tycoon, and emailing it this time gave a different response:

Another e-mail was sent to a few fans who participated in the ARP which included this link: dianesinbox.tumblr.com. The link leads to "Diane"'s password protected tumblr. In the final recap video for Season Five another hidden message, "#TearsInRain", which turned out to be the password for the tumblr. The site featured e-mails and animated gifs which provide teasers for the upcoming season. Below are the gifs featured on the tumblr: 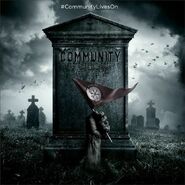 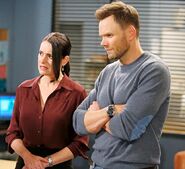 Behind the scenes photos 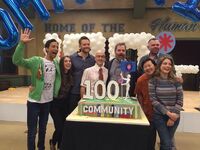 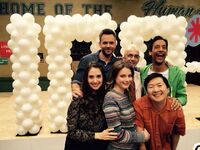 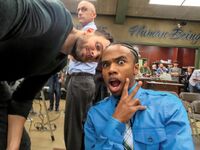 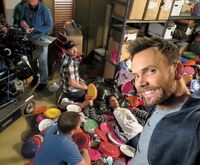 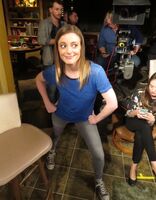 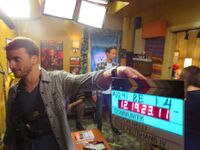 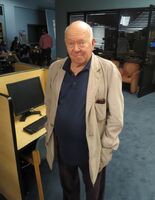 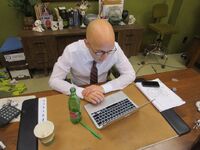 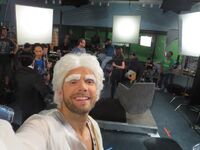 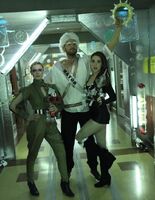 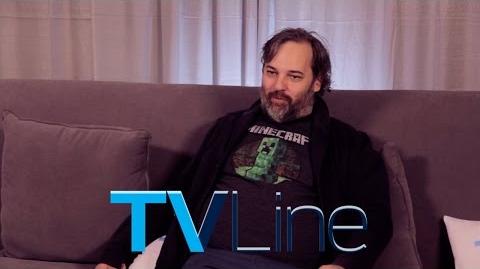