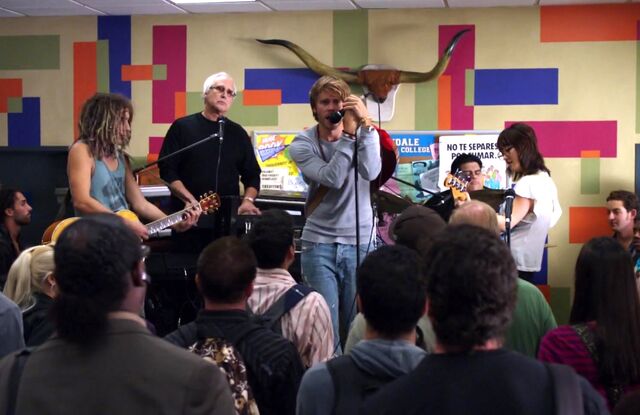 "Some Worries" is a band led by Vaughn Miller which became popular on the Greendale campus with their hit single "Gettin' Rid of Britta". Their first appearance was in the Season One episode "Home Economics". 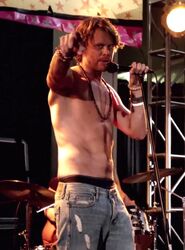 Vaughn Miller
Leadsinger/guitarist
Vaughn formed the band mostly out of response to break up with Britta. He provides the vocals, writes the music and also plays second guitar.
Portrayed by
Eric Christian Olsen. 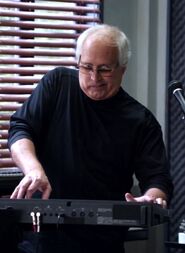 Pierce Hawthorne
Ex-keyboardist
When Pierce tried to straighten things out between Vaughn and Britta he was asked to join the band. He played keyboard and helped co-write "Gettin' Rid of Britta". He was later kicked out after a disagreement with Vaughn.
Portrayed by
Chevy Chase. 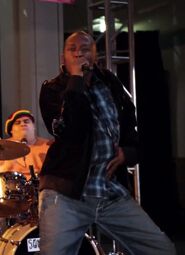 MC Dan Harmon
Rap accompaniment
MC Dan Harmon was asked to join the band to fill in for a recently vacated spot and wrote a revenge rap against Pierce. He later was hired by Pierce himself to write another revenge piece this time about Vaughn.
Portrayed by
Jacques Slade. 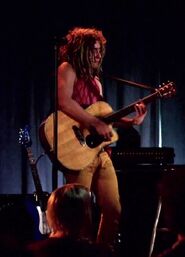 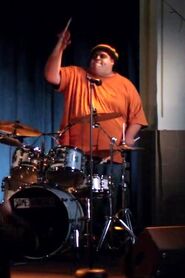 Drummer
Unnamed drummer who provided percussion for the band. The drummer would also later provide back up for Vaughn when he sang a song to Annie outside the library ("Romantic Expressionism ").
Portrayed by:
Gian Molina 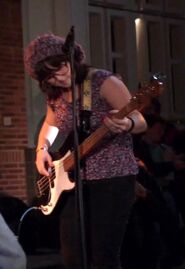 Bassist
Unnamed Asian woman who played the bass for the band.
Add a photo to this gallery
Retrieved from "https://community-sitcom.fandom.com/wiki/Some_Worries?oldid=69824"
Community content is available under CC-BY-SA unless otherwise noted.