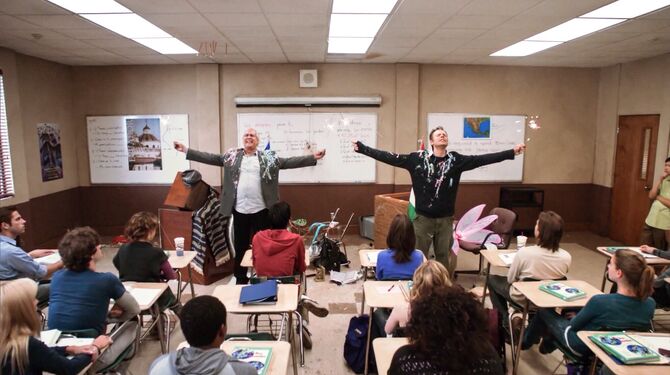 The first end tag of the show, where Troy and Abed perform the Spanish rap.

“You're like Jodie Foster or Susan Sarandon: you'd rather keep it real than be likeable.”— Annie while asking Britta about Guatemala

“"YA BIT!"”— Senor Chang
“Okay, tell me what I've got so far.”— Pierce
“What we have so far? Well, what we have is something incredibly long and very confusing, and a little homophobic. And really, really, specifically, surprisingly, and gratuitously critical of Israel. And it's called Two Conquistadors, should probably be dos. I mean it is Spanish class. Oh, which reminds me, the only thing not included in this epic are the five phrases required to get me a passing grade.”— Jeff
“You're right. Needs more work.”— Pierce

“Conflicts like this will ultimately bring us together as an unlikely family.”— Abed upon seeing Pierce confront Jeff at the protest