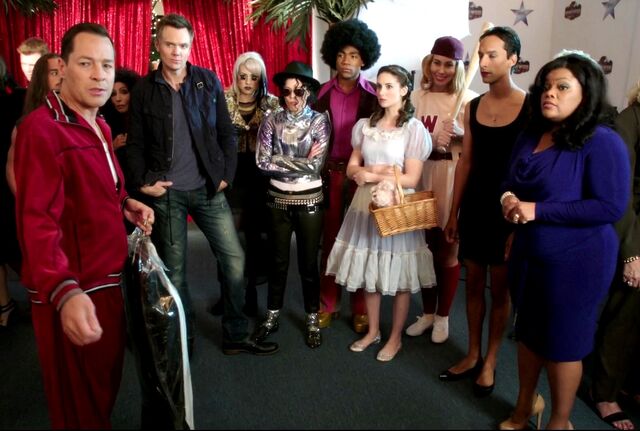 The Doppel Gang is a company which provides celebrity impersonators as entertainment for parties or other special events. They also made their services available for private one-on-one engagements. The owner of business was a man named Vinnie who himself used to be an impersonator of the actor French Stewart. The name is a play on the German word "Doppelgänger" which means a double or look-a-like. The Doppel Gang's first appearance was in the Season Three episode "Contemporary Impressionists".

In the study group's third year at Greendale, Abed hires a number of celebrity impersonators from "The Doppelgäng" agency. He uses them to reenact scenes from his favorite movies over the Winter break. Unfortunately, he starts to rack up a large debt on these "rentals" which angers the owner of the company Vinnie. He personally goes to Greendale to collect on the payments that are due and finds Abed in the campus cafeteria having lunch with his friends. Upon seeing the faces of the study group, Vinnie suggested that they help his crew on an upcoming gig to help pay off Abed's debt. After some deliberation they all agreed but privately Vinnie warns Troy that if it doesn't go smoothly he will break Abed's legs.

The study group shows up on the weekend showed up along with the rest of the Doppel Gang for a Bar Mitzvah party being held in honor of Howie Schwartz. Vinnie gives them instructions to remain in character and stay in their assigned quadrants at the event. Abed ignores his orders and fraternizes with the other impressionists much to Troy's horror. Troy does his best to not only reign Abed in but also Britta who is concerned with Jeff's psychological state due to his over medication of anti-anxiety pills. Meanwhile, Ben Chang is providing security for the party thanks to his brother. He recruits the children at the party to be his new security force at Greendale. He then meets a Moby impersonator and comes up with an audacious plan to take over the school.

Elsewhere, Britta leaves her area to check on Jeff who seems to be losing control of his ego due to several adult female party goers fawning over him. 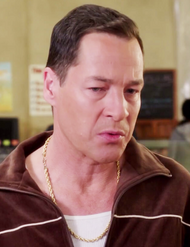 Vinnie
He used to be a French Stewart impersonator before becoming the owner of "The Doppelgang". Wants the money Abed owes him for his services.
Portrayed by
French Stewart. 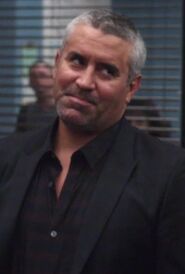 Fake George Clooney.
He was hired by Abed to be Jeff's best man for his "wedding" to Britta in the Season Two episode "Anthropology 101".
Portrayed by:
Ken Schumaker. 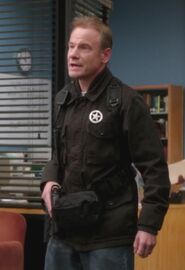 Fake Tommy Lee Jones.
He was hired by Abed to portray the character Sam Gerard and reenact a scene from "The Fugitive".
Portrayed by:
Jim Miskimen. 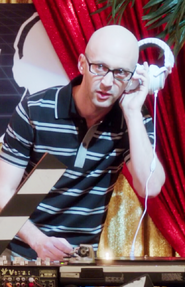 Faux-by
Look-a-like of Moby who was later hired by Chang to replace Dean Pelton.
Portrayed by:
JP Manoux. 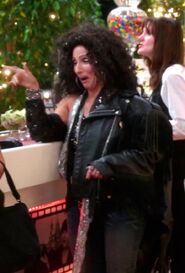 Fake Cher.
Appeared at the Howie Shwartz Bar Mitsvah. Her look is from the singer's "If I Could Turn Back Time" video. 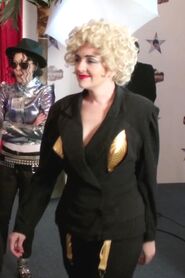 Fake Madonna.
Appeared at the Howie Shwartz Bar Mitsvah. Her look is from the singer's "Blonde Ambition Tour". 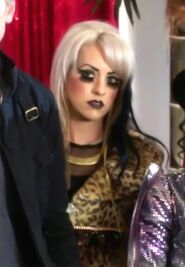 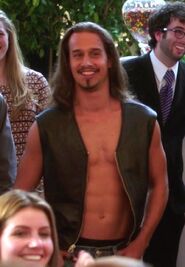 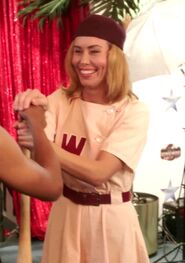 Fake Geena Davis.
Appeared at the Howie Shwartz Bar Mitsvah as "Dottie Hinson" from the film "A League of Their Own".
Portrayed by:
Rache Paquin. 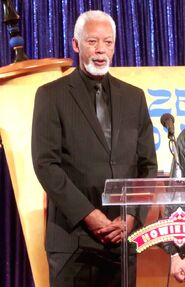 Fake Morgan Freeman.
At the Howie Shwartz Bar Mitzvah announced the award for "Best Math Student" along with Fake Bono.
Portrayed by: 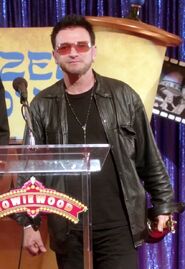 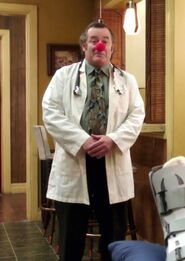 Fake Robin Williams
He was hired by Abed after the Bar Mitzvah to play the character. Patch Adams.
Portrayed by
David Born. 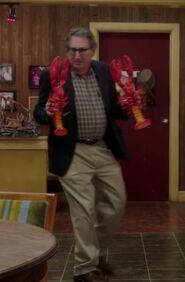 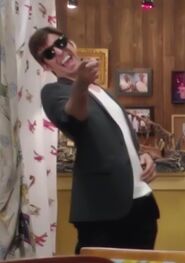 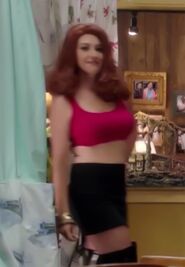 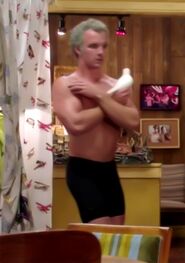 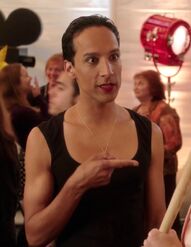 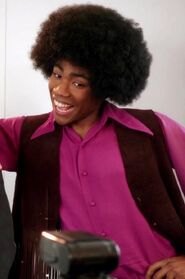 Fake Michael Jackson (1970)
Tried to keep his friends in check so that the event goes smoothly.
Portrayed by
Troy Barnes. 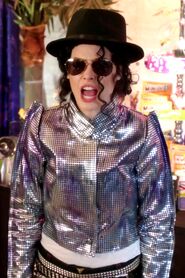 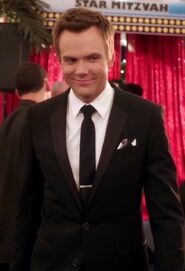 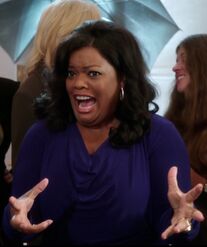 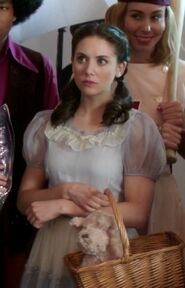 Fake Judy Garland.
Playing the character Dorothy from the film "The Wizard of Oz".
Portrayed by:
Annie Edison. 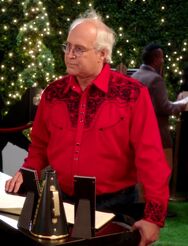