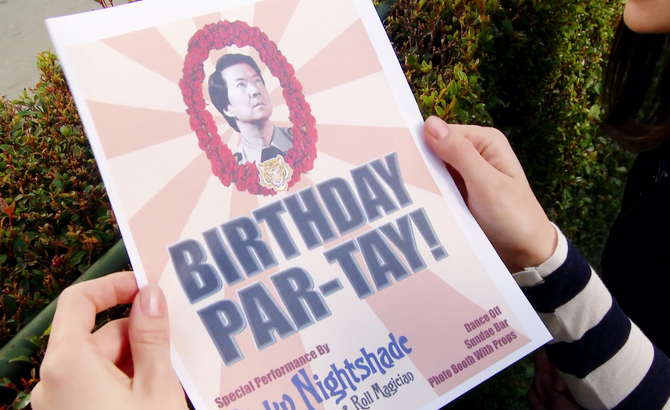 Dean Pelton is participating in the midnight rave that he rents the school out for on the weekends.

“How's it coming with the guard?”— Jeff
“Boys are pathetic. Two days of facebooking with this Joshua kid, and he's eating out of my hands. 'Got a new flavor of lip balm. Meet me at Chili's in ten minutes.' Sheep.”— Britta
“Um, I just want to reiterate that this should be the only time you seduce a child over the internet.”— Jeff

“Is that me in my swami disguise?”— Pierce
“No, Pierce. For the last time, you're in the getaway van because your swami act is notoriously horrible.”— Jeff
“A, that is racist. B, swamis can't drive. They're Indians.”— Pierce