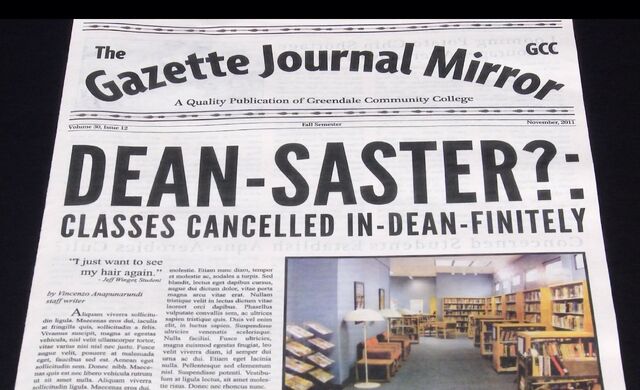 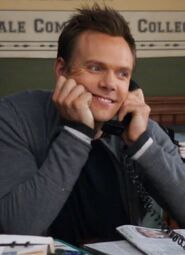 Jeff Winger
Was asked to be editor because the Dean thought it needed his real world savvy. Accepted the job because he was given a personal office and for an English credit. 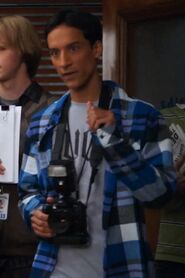 Abed Nadir
Abed was a photographer and later became Jeff's personal assistant. He likened their relationship to Radar and Hawkeye from "M*A*S*H". He built a liquor still inside Jeff's office to further that homage. 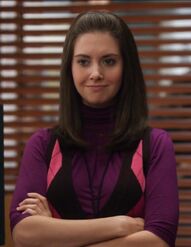 Annie Edison
Annie was at first the crossword puzzle editor until Jeff made her his "Ace Newshound". She nearly wrote a story about Pelton racially profiling students before Jeff stopped her. 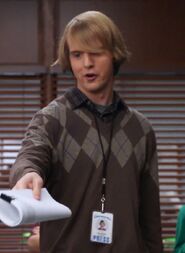 Mark Millot
A reporter for the paper who submitted an article on the schools new water heater. Jeff nixed the idea and instead had him do an article on pizzas in order to get a pie from "Big Nick's". 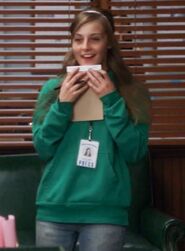 Female reporter
A reporter for the paper who Jeff got to get him beer under the pretense of investigating whether or not "Riley's Liquor" would sell anything cold and imported to someone underage. 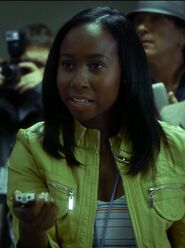 Gwen Ridley
Reporter for the "Greendale Gazette". Asked Dean Pelton at a press conference after Garrett was assaulted if the "Ass Crack Bandit" had returned. 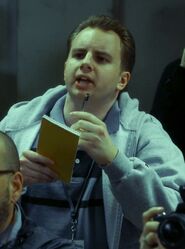 Tim Briggs
Reporter for the "Greendale Mirror". Asked Dean Pelton at a press conference held after Garrett was assaulted if a note was left by the perpetrator. 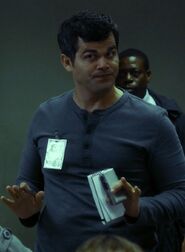 Raul Lopez
Reporter for the "Las Noticias Hispanicas de Greendale". Asked Dean Pelton at a press conference after Garrett was assaulted how this would affect soccer.

Retrieved from "https://community-sitcom.fandom.com/wiki/The_Gazette_Journal_Mirror?oldid=60027"
Community content is available under CC-BY-SA unless otherwise noted.