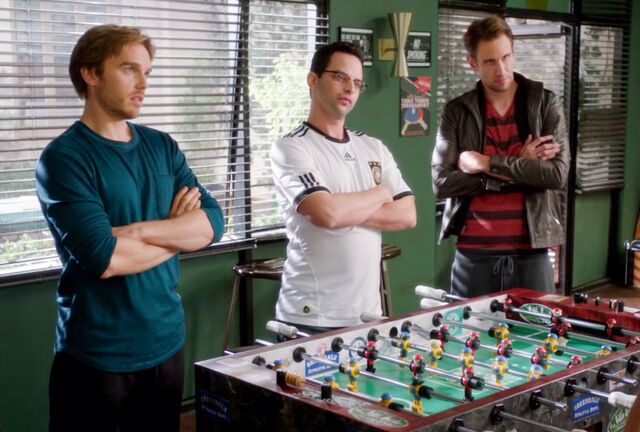 The Germans were foreign nationals studying abroad in America under a Foosball scholarship. Their first appearance was in the Season Three episode "Foosball and Nocturnal Vigilantism". They were portrayed by Nick Kroll as Juergen, Alex Schemmer as Karl and Alex Klein as Lukas. Chris Diamantopoulos portrayed Juergen's brother, Reinhold, who lead the clique in his place in Season Four's "Alternative History of the German Invasion".