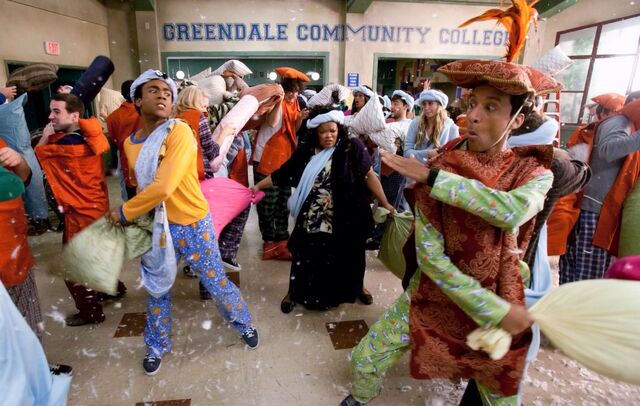 The "Pillow and Blankets War" was a battle for supremacy (and square footage) at Greendale between the forts known as "Pillowtown" and "Blanketsburg". It was a conflict that tore the campus apart all due to the subtle machinations of an interloper pursuing his own agenda. Pillows were swung in anger, blankets were stretched to their limit, allies became enemies and best friends turned against each other. The first appearance of the "Pillow and Blankets War" was in the Season Three episode "Digital Exploration of Interior Design".

In the study group's third year at Greendale, Abed and Troy worked together to create a large pillow fort known as New Fluffytown, the successor to a blanket fort they constructed a year earlier. Dean Pelton informed the two they could set a world record for the largest blanket or pillow fort and pushed for them to go for it as it would give the school more notoriety. Troy was excited about the prospect but Abed was uninterested feeling that the fort was built for the sake of art not for awards. Vice Dean Laybourne, who at the time was trying to recruit Troy for his Greendale Air Conditioning Repair School, exploited this disagreement.

He hoped that by breaking up their friendship, Troy would them be free to join the AC school. He planted the seeds of discontent within Troy by suggesting he was subservient to Abed and not a true friend but merely a sidekick. Troy considered his words and confronted Abed about creating a blanket fort and going for the record. He added that he was bothered that earlier Abed had quickly vetoed his opinion on the matter. Abed, not realizing how upset Troy was, told him he was free to what he wanted as long as his creation didn't get in the Pillow forts way. His cold response angered Troy who went off and gathered a group of students to build his own fort he dubbed "Blanketsburg".

The construction of both forts eventually crossed paths in Group Study Room F. Neither side was able to continue expanding unless the other fort was taken down. Troy, backed by Dean Pelton, demanded Abed give in and allow Blanketburg to continue building. Abed finally understood how serious Troy was about this and sadly agreed. He ordered Magnitude to clear Pillowtown so he could initiate the self destruct device. However, Vice Dean Laybourne meddled once again and stopped Abed before he could activate it. He played to Abed's ego and urged him not to sacrifice his bold vision and allow mediocrity to win. Having changed his mind, Abed brought his Pillowtown forces to the study room for a showdown with Troy and his Blanketsburg denizens.

Dean Pelton tried to calm the situation down but it was exacerbated when Star-Burns, a citizen of Pillow Town, launched a pillow into the air. It hit a broom stick which was acting as a support beam to the entrance of Blanketsburg and resulted in the collapse of several sections of the fort. In retaliation Troy's forces started a mass pillow fight in the study room. After a brief skirmish, both sides retreated at the behest of their respective leaders ("Digital Exploration of Interior Design"). Dean Pelton called on Jeff Winger to try and negotiate an end to hostilities. Troy and Abed met with Jeff and the Dean in Pelton's office but neither side backed down. Jeff was not taking the situation seriously and tried to get them to become friends again by making them wear imaginary "Friendship hats".

They refused and Troy issued an ultimatum ("All Tomato") that Abed had until midnight to concede. After the deadline passed Troy's forces launched a surprise assault on the Pillowtown citizens in the library. As the rest of the school started taking sides in the conflict so did the other study group members. Shirley Bennett joined Troy's side as his general while Pierce Hawthorne (who at first was also Blanketsburg supporter) switched his allegiance to Abed due to her promotion. Britta Perry tried to document the war by taking photographs of the event and Jeff sought to extend the conflict in order to get out of class by rallying both sides to continue fighting. Meanwhile, Annie Edison opened up a clinic to take care of the wounded.

Hostilities along the borders of both forts occurred in an attempt by to expand their territory. Outside the science lab, one such skirmish came to be known as "The Battle of Big Bulletin Board". It was there Pierce was slightly injured and suffered a humiliating defeat. He tried to redeem himself with a proposal to Abed that he  create a powerful weapon which could turn the tide of battle. Blanketsburg spies alerted Troy to the possibility of this secret weapon and his response was to make an alliance with Sgt. Ben Chang. He was head of Campus security at that time and bolstered Blanketsburgs army with his personal security force. It was made up of middle school kids whom he nicknamed the "Changlourious Basterds". They became a fearsome presence on the battlefield acting as shock troops and attacking Pillowtonians without mercy.

Abed had little choice but to unleash Pierces doomsday device which was codenamed "Pillow Man". Covered in a suit of armor made up of pillows, Pierce confronted and defeated the Changlourious Basterds shifting the balance of power once again. However, things got more personal when Troy's forces intercepted an e-mail from Abed to his commanders. It outlined Troy's weaknesses and deficits in great detail. A hurt and angry Troy retaliated by texting Abed a similar list citing the Pillow Town leaders faults. He then declared that Abed just lost the only friend he'll ever have. Word got out about the exchange and Jeff realized that, just as Annie had warned him earlier, Troy and Abed's friendship might not survive the conflict. He called a summit of the two former best friends in order to try and mend their relationship.

However, Troy and Abed were unreceptive to his pleas and both declared that their friendship was dead. They agreed whoever won the war could stay at their apartment, the loser would have to move out. One last push was made to settle the conflict once and for all. Forces from both sides converged in the cafeteria for the final battle. The opposing sides had a brief stare down before rushing into combat. Amidst the chaos, Shirley acquitted herself well taking down many enemy soldiers. Inside his Pillow Man armor Pierce was not as successful since the Changlourious Basterds managed to knock him over. Once he was down they dog piled on him and avenged themselves for their earlier defeat. The fighting was brought to an abrupt halt when Dean Pelton got everyone's attention by blowing a loud whistle.

He told them that the representative of the Guinness World Record company who proposed they break the fort record had been fired. Since there was no longer a reason to continue fighting everyone left the "battlefield" except the study group. They watched as Troy and Abed continued to halfheartedly attack each other. Neither wanted the war to end because it would be the last thing the two did together. Jeff then thought of a way to resolve the situation remembering the imaginary magical friendship hats he asked them to wear earlier. After he retrieved them from Dean Pelton's office, he brought the hats back to the cafeteria and pretended to place it on Troy and Abed's heads. The two confirmed they were friends again by doing their signature handshake ("Pillows and Blankets").

The citizens of Blanketsburg wore sleepwear adorned with light blue turbans and sashes draped over one shoulder made from blankets. 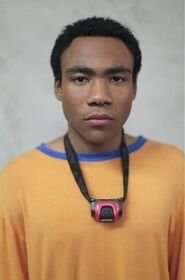 Troy Barnes
Founder of Blanketsburg and leader of its army. He seceded from Pillow Town believing he wasn't respected by his best friend Abed and in order to beat the record for constructing the world largest blanket fort. 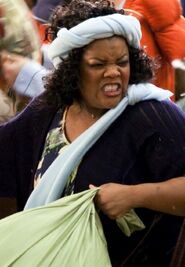 Shirley "Big Cheddar" Bennett
She joined Troy because Abed was being a robot and hurting his feelings. She also wanted to make sure Britta didn't put Troy on the weed. Was made second in command of Blanketsburg which did not sit well with Pierce. 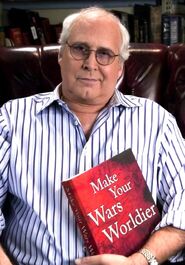 Pierce Hawthorne
He joined Troy believing him to be less foreign and less weirder than Abed. He defected to Pillowtown after Shirley was promoted over him. 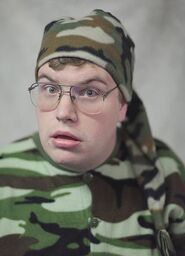 Garrett Lambert
He was assigned by Troy to measure the Blanket fort. He alerted Troy that all that stood on the way of beating the world record was Abed's Pillow fort. 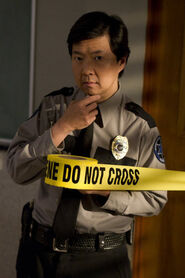 Sgt. Chang
Head of Campus security with whom Troy forged an alliance with after learning Abed had a secret weapon. Chang brought with him his middle school security officers, the "Changlourious Basterds". 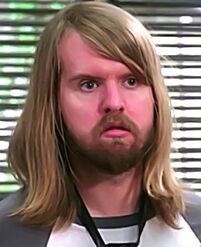 Mark Millot
Was present during the stand off in Group Study Room between the two forts and participated in the first skirmish. 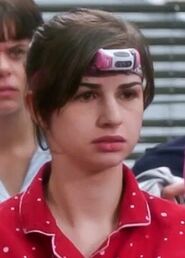 Linda Greene
Was present during the stand off in Group Study Room between the two forts and participated in the first skirmish.
Add a photo to this gallery 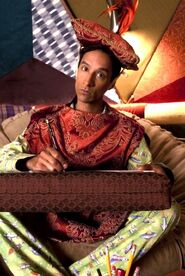 Abed Nadir
Leader and architect of "Fluffy Town". He wanted to see his artistic vision completed even if it meant losing his best friend. 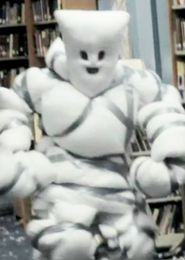 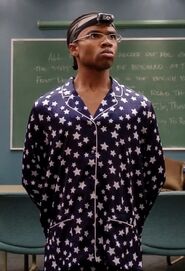 Magnitude
One of the first casualties of the war. 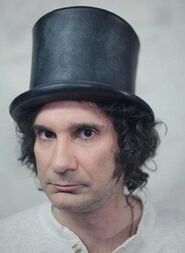 Alex "Star-Burns" Osbourne
Inadvertently ignited the conflict by accidentally tossing a pillow at the blanket fort and collapsing several sections of it. He ended up being taken down by the Changlorious Basterds. 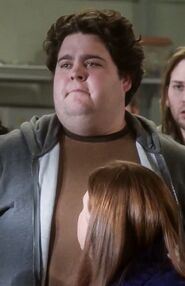 "Real" Neil
"With pipes of Steel"
Was at one point a neutral commentator on the conflict but ultimately picked Abed's side and participated in the final showdown between the forts inside the cafeteria. 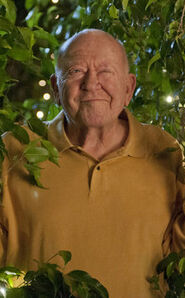 Leonard "Bucket of Guts" Rodriguez
Was a field commander for Abed. He was later interviewed for the documentary on the war.
Add a photo to this gallery

Several parties did not choose a side during the war preferring to lend aid or support to both forts. 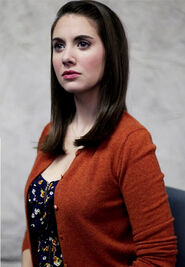 Annie Edison
"Angel of the Battlefield"
Annie opened a makeshift clinic to care for the wounded soldiers from both forts. 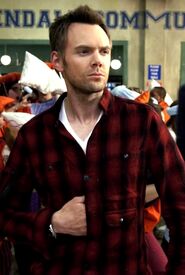 Jeff Winger
Jeff was brought in to help resolve the conflict but selfishly tried to prolong it. 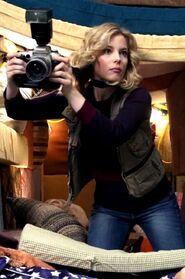 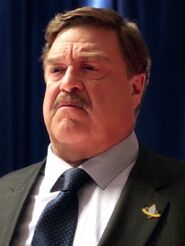 Robert Laybourne
The Vice Dean of a Greendale and head of the AC repair school. He manipulated Troy and Abed into feuding. 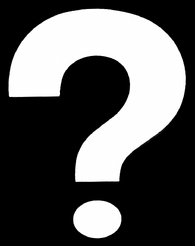 Narrator
He narrated the "Pillow and Blankets War" documentary.
Voiced by
Keith David.
Add a photo to this gallery
Retrieved from "https://community-sitcom.fandom.com/wiki/The_Pillows_and_Blankets_War?oldid=70709"
Community content is available under CC-BY-SA unless otherwise noted.