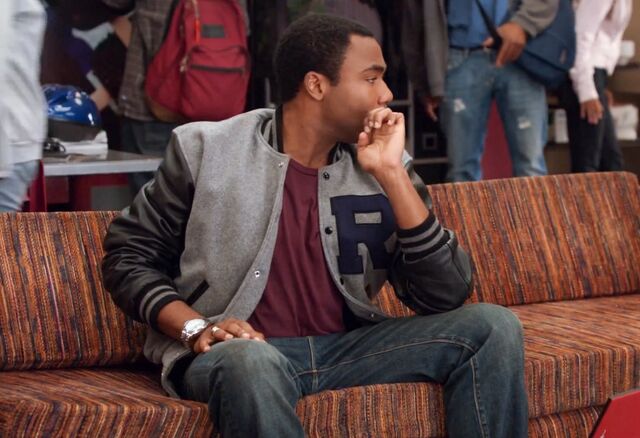 Troy's letterman jacket was worn by him in his freshmen year at Greendale Community College. He wore it during his first few weeks at school and it was considered a signature item of his much like Shirley's purse was to her, or Jeff's cell phone was to him. It was gray with black sleeves and a large purple "R" embroidered over the left breast of the jacket. The clothing served as a reminder of his previous life at Riverside High when he was the school's star quarterback. Eventually he stopped wearing it as he settled into his new life as a college student. The jacket was first seen worn by Troy in the Season One episode "Pilot".

Retrieved from "https://community-sitcom.fandom.com/wiki/Troy%27s_letterman_jacket?oldid=62207"
Community content is available under CC-BY-SA unless otherwise noted.