Community Wiki
Register
Don't have an account?
Sign In
Advertisement
in: Pairings, Community Characters, Troy and Abed,
and 3 more 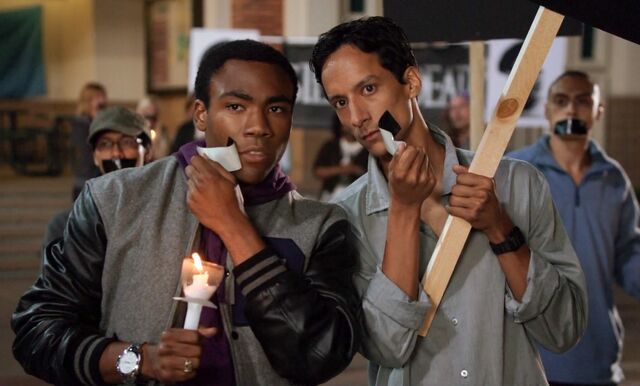 “Can I ask you something that I always wanted to ask real Batman? Am I good-looking?”— Troy
“You're a very attractive young man.”— Abed

“The Politics of Human Sexuality”

“Troy and I played basketball. It’s fun.”— Abed
“Don’t gloat. It’s impossible to guard you. Your eyes are too gentle and mysterious.”— Troy

“Well, what about you and Troy?”— Britta
“Troy... The other day after Spanish, I thought he was trying to hold my hand, but he'd just mistaken me for Abed. He'll never think of me that way.”— Annie

“Abed is a magical, elf-like man who makes us all magical by being near us.”— Troy

“And that's why we leave the couples' costumes to the couples, she said wisely.”— Britta
“You should probably warn your boyfriend's boyfriend.”— Jeff

“Conventions of Space and Time”

“You are not being crazy. That dude is trying to steal your boyfriend.”— Britta
“I mean...what if Abed wants to replace me? It makes me so angry and sad all at the same time.”— Troy

“(about Inspector Spacetime) He's an alien, but his human friends keep him grounded and invested in the world, like with me and Troy.”— Abed
“Maybe all relationships are made up of logical inspectors and emotional constables, and we need both to make space and time a better place.”— Abed

“You okay?”— Troy
“I am. You know, for the first time in my long history of being locked inside things, I knew someone would come.”— Abed

“I have to go talk to Troy.”— Britta
“Tell your boyfriend and his boyfriend that playtime is over.”— Jeff

“(to Abed) You were out there somewhere and you weren't looking for me?”— Troy 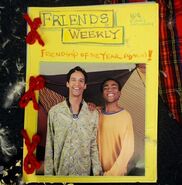