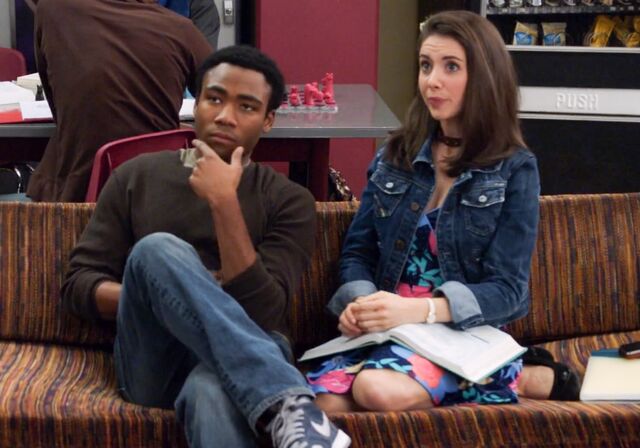 Troy and Annie were meant to be the junior romance on the show contrasting the main one in Jeff and Britta by being more sweet and innocent in comparison. Unlike Jeff, who aggressively pursued Britta, Annie was to secretly pine away for Troy, hoping he would eventually notice her. As the show progressed, however, Troy's relationship with Abed became more central to the development of his character then Annie's one-sided romance with him. On top of that, Annie's character managed to generate compelling UST and a good rapport with Jeff. Both the Jeff/Annie and Troy/Abed combinations quickly superseded the original pairings that were envisioned and Troy and Annie's romantic plot was eventually dropped.

“Why would you do that?”— Annie
“Come on, everybody knows you want a cut of the T-Bone steak. Jeff and Britta told me how you feel.”— Troy

Retrieved from "https://community-sitcom.fandom.com/wiki/Troy_and_Annie?oldid=63778"
Community content is available under CC-BY-SA unless otherwise noted.