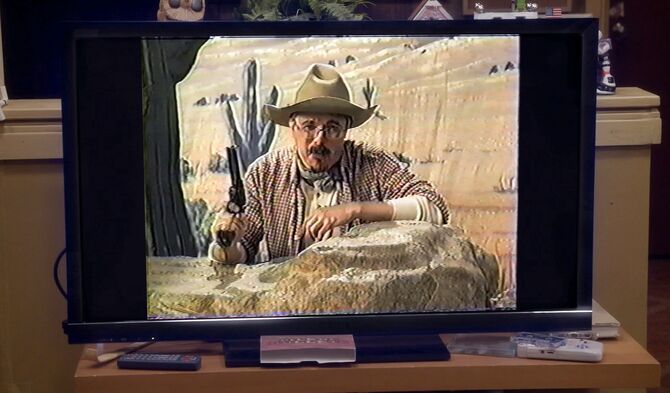 Jim Rash joked at the 2019 Community reunion that he performed the Payday Apology Rap in only one take: according to Reddit user Rebecca Coleman, who visited the set on the day the sequence was filmed, the scene actually took multiple takes because no one could keep a straight face. Gillian Jacobs recalls being the worst offender because she could not stop laughing and looking at the camera. Even in the finished episode, Joel McHale and Gillian Jacobs can be seen angling their faces away from the camera to hide their reactions, with Jacobs visibly trying to hide the view of her mouth with her hand: when they turn back to the camera Jacobs is clearly smiling. Dan Harmon remarked there was debate over keeping the take because of this, but ultimately they decided it made sense for Britta to find the situation funny.

Behind the scenes video 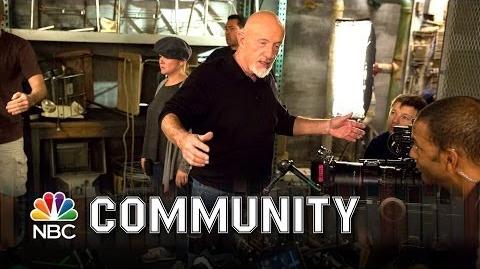 “What do you think happens after you die?”— Anthony Edison
“I don't know.”— Rachel
“You're lucky.”— Anthony