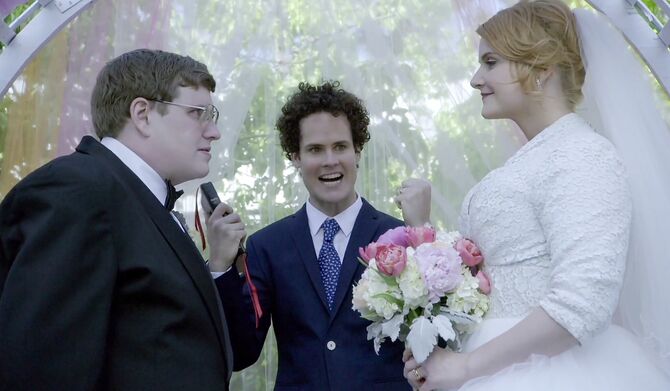 The writer of the episode, Briggs Hatton (listed in the end credits as played by Matt Gourley), is directly addressing the viewers in a Yahoo production office. Hatton tells having researched incest on the internet, showing an old article where it is stated that first cousins can have children without birth defects or genetic disease. Hatton frustratedly addresses the outdated state laws regarding this, using his affair with his cousin as an example. Hatton is shown pitching the topic in the Community writers' room, then saying that while he's not trying to influence anyone's opinion, there's still more to the issue than people are told. Hatton emphasizes the importance of the episode and wishes the viewers good night.

“No, this family is so screwed up, you thought you were two different families. Now that you know you're not, you can't wait to leave, and you want this guy to do what? Forget he's in love? For you? You want him to take one for this crappy team?”— Chang

"This is a man that knows how to marry his cousin!" - Elroy

“It's you against the world and you will not win. But you get to make your moves, not them.”— Chang