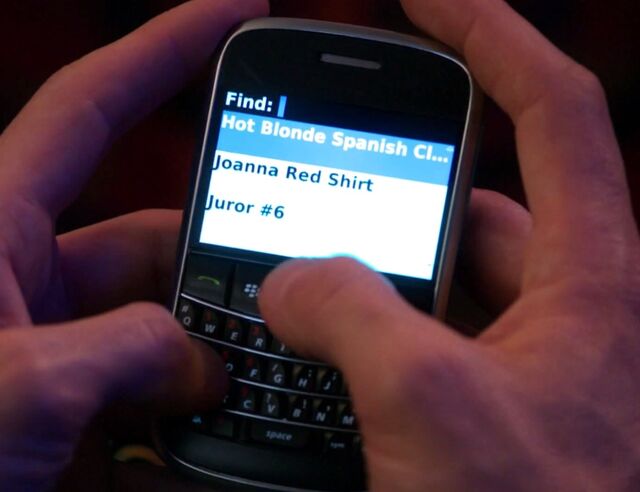 ♫Whistle for the Choir

In the study group's first year at Greendale, Jeff finds himself in a dating drought and is annoyed when Pierce announced he had a girlfriend. He looks over a collection of phone numbers he's gathered from various women on his cell phone. Britta observes this and is amused she is listed as "Hot Blonde Spanish Class" but criticizes him for being shallow. Later at the STD Fair, Jeff meets up with Pierce and his girlfriend Doreen with his date Sabrina Shmuckle. Doreen tells Jeff that he could do better noting how shallow she is which reminds Jeff of Britta's earlier criticisms. A brief make out session with Sabrina inside his Lexus convinces him they were right and he ends things with her. Afterwards he changes how Britta's phone number is listed in his cellphone as The Fratellis song "Whistle for the Choir" is played. 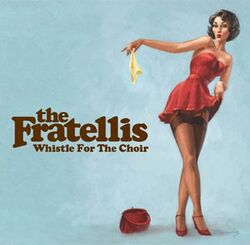 The Fratellis are an indie rock band from Glasgow, Scotland. There are three band members who all changed their last name to match the band name similar to their musical idols The Ramones: Lead singer and guitarist Jon Fratelli, (born John Lawler), bass guitarist Barry Fratelli (born Barry Wallace), and drummer and backing vocalist Mince Fratelli (born Gordon McRory). The song "Whistle for the Choir" was their third single from their debut album "Costello Music". It was originally entitled "Knickers In A Handbag" but was changed due to pressure from the label. The album artwork references the old name by showing a girl handling a pair of underwear above a handbag. The song was released on November 27 in 2006 and reached #9 in the UK Singles Chart garnering The Fratellis their second UK Top 10 single.

Retrieved from "https://community-sitcom.fandom.com/wiki/Whistle_for_the_Choir?oldid=70075"
Community content is available under CC-BY-SA unless otherwise noted.